Welcome back! In the previous entry, the evolution of money was explored to the extent that we could see how its essence changed at every step in the ladder of economic civilization. The essence of modern money is credit. This time, I cover the second half of Thomas Greco’s book where he shares an abundance of wisdom and guidance. 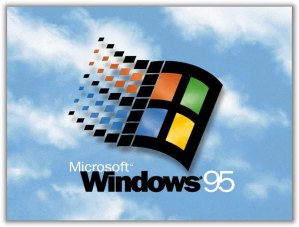 After thinking about The End of Money and the Future of Civilization some more, it occurred to me that the money system is like Windows 95.  In the same way Windows 95 didn’t know whether it was an archaic 16 bit operating system or a modern 32 bit operating system, our current money system doesn’t know whether it is using commodity money or credit money.  Windows 95 tried to reform Windows 3.11.  This effort generated billions of dollars for Microsoft which produced two more commercially successful versions (98 and Me) but this effort was eventually abandoned.  Today, it’s easy to forget what it was like losing all of your work.  Cue Barbara Streisand singing Memory.

Maybe central bankers aren’t deliberately trying to marginalize people.  It may just be that with outdated jargon, they’ve painted themselves into a corner and they don’t have the tools to build a stable money system.  Only we do.

Because we make sense of new systems by drawing on familiar experiences to describe them, it is inevitable that we sometimes inherit inappropriate language when systems are upgraded.  Greco shares the example of “driving” a car which is left over from driving a team of horses. (p. 102)  In the last post, we learned from Greco that continuing to use language (loan, deposit) from legacy systems perpetuates conditions for system instability.

What can we do to fix this bug?

Instead of “building a better horse” or patching the system, we can transcend it.  Banks have been doing it among themselves for over a hundred years.  Greco describes the origins of mutual credit clearing systems which include check clearing by banks in clearing houses. (125)  A mutual credit system recognizes that “ultimately, it is your sales that pay for your purchases.” (130)  A medium of exchange is really unnecessary as “money is merely an accounting system” (102)

For a given system, the money supply is a measure of outstanding IOUs.  It “is determined by adding up the sum of either the positive balances or the negative balances.” (131)  It is perfectly fine for the money supply to be zero at a given instant.  When money was stuff, a zero money supply would be problematic because if you need stuff to buy and sell and there’s no stuff, then you can’t buy and sell.

Likewise, it is perfectly fine for an account holder’s balance to always be negative “so long as it is actively trading and the negative balance does not exceed some appropriate limit.” (134)  On what basis is this limit determined?  Greco suggests borrowing an idea from the banks.

Just as banks use your income as a measure of your ability to repay a loan, it is reasonable to set maximum debit balances based on the amount of revenue flowing through an account – in other words, the maximum line of credit on any account should be decided on the basis of the amount of that member’s sales of goods and services averaged over some recent time period.  Past experience in conventional money and banking has provided a rule of thumb that may be useful here.  It says that a negative account balance should not exceed an amount equivalent to about three months’ average sales.

Again, three months is just a rule of thumb1 which chooses an appropriate credit buffer for the account holder.  Instead of 3 months, you might choose 100 days to make it easy to do certain calculations in your head.  Greco refers to a metric called the reflux rate which is the rate at which currency is redeemed by an issuer as a percentage of the buffer.  The reflux rate is proportional to the sales rate and another way to describe it is the percentage of the credit buffer (using, for instance, dollars) sold in a given time interval, for instance, in one day.  It is not clear what the origin of this metric is.  It is perhaps inspired by the law of reflux but certainly the term is meant to convey the idea that what matters is how quickly an account holder redeems his own currency or the system in general redeems her own currency.  Of course, new members do not have a sales history in the system.  This is addressed in section 5.3.3 of Appendix A: A Model Membership Agreement for a Credit Clearing Service.

New members may be granted a minimum line of credit based on their sales history prior to membership but such credit lines may not exceed two months’ sales averaged over the past twelve months.(236)

There’s an exception in 5.3.1 which seems to apply to members in general which allows the credit limit to be determined based on “the value of goods currently offered and available for sale within the Exchange.”  Obviously, assessing the value of the goods would be an extra burden on the management.

Let’s do a few simple credit limit calculations to get in the habit and perhaps gain some further insight on the nature of the reflux rate.

I’ve purposely chosen relatively big numbers for the buffers in the examples and Greco notes that the “actual starting point for a complementary currency will be much lower building up gradually over time.” (150)

One thing I notice is that these calculations are exactly like the calculations made in video streaming.  Measured in time, both buffers are constant.  In video streaming, the buffer might be 5 seconds.  In credit streaming, the buffer might be 100 days.  If the video stream is 50 kb/s, then a full buffer would contain 250 kb.  If the reflux rate is $1000/day, then a full buffer would contain $100,000.  The buffer is emptied by playback or spending.  It needs to be replenished with more video data or sales.  If there is sufficient network congestion, then the video server reduces the bandwidth of the stream from 50 kb/s to maybe 25 kb/s to a 125 kb buffer (still 5 seconds worth of buffer).  If there is a sufficient reduction in sales, then the credit system may reduce the reflux rate to from $1k/day to $0.5k/day to a $50k buffer (still 100 days worth of buffer).  If available bandwidth or sales increase, the buffer is increased.

Greco says “in the absence of legal tender laws, a currency with too slow a reflux rate will be devalued by the traders in the market…That is why currency should be issued on the basis of goods and services that have a high everyday demand.  Such a basis will guarantee that the currency will be quickly returned to the issuer for redemption and not accumulate in the hands of those who have little opportunity to spend it.  From historical experience, a minimum daily reflux of 1 percent is necessary for a currency to hold its market value at par.” (147)  This is regulated by the system by reducing an account holder’s credit buffer when the average daily reflux stays below 1 percent over some larger interval of time.  Greco calls the account holders who provide goods and services that everyone needs on a daily basis “trusted issuers” and they obviously include food, utility and transportation companies.  For instance, one third of the Leipzig Dresden Railway’s capital was issued in the form of “railway money certificates” that circulated for forty years. (75)

Greco stresses “not all credit is suited to serve the exchange function.  A distinction must be made between short-term turnover credit and long-term investment credit” (146)  Long-term credit enables the “renewal or expansion of the economy’s production capacity” (214) but to do so “an economy must produce a surplus over its current consumption needs…It is our collective savings that provide the financing for the creation of new productive capacity” (215)  If you create credit for long term investment like real estate mortgages or business plans that take years before returning revenue, then it will be a long time before the borrower can redeem the currency he has spent – no “timely reflux and redemption by the issuer.” (148)  This lowers the reflux of the system and devalues the currency.  Instead, surplus turnover credits in accounts can be reallocated from turnover credit to investment credit.  Greco cites many reasons why equity investment is generally more desirable than bond issues. (220)  In particular, an equity investment relationship isn’t an antagonistic relationship like debt with interest is and a debt contract puts all the risk on the borrower.

Barter exchanges formerly were the target of the IRS that assumed they were trying to avoid paying taxes.  This harassment ended when it was agreed that barter exchanges would provide annual reports of member’s incomes with form 1099B. (169)  It is not taxes members are trying to avoid, it is the unnecessary costs associated with conventional banking.

There are many more lessons to be learned in the book, but one that I must mention before wrapping up is surety of contract guidance.  Greco warns “we should not be overly sanguine about people’s behavior where money and material wealth are concerned.” (135)  One way to make sure members do not drop out without settling their balances is to require a pledge of collateral which will be forfeited in the case of default.  This could be a second mortgage on real estate.  Greco clarifies that collateral should only be used for surety of contract and not to determine credit limits.  Another approach is that members would not join individually but join with others in an affinity group and those in this smaller group would share the risk of one of its members defaulting.  Finally, despite these measures, the system should have an insurance fund, so not only must the system itself have revenues for operating costs but also for bad debts.  This insurance pool can be built with usage fees.  (136)

All who are really dedicated to the earliest possible attainment of economic and physical success for humanity – and thereby realistically to eliminate war – will have to shift their efforts from the political arena to participate in the design revolution.2 (111)